Youth Cancer Europe recently held its first Leadership Summit in Budapest, in July 2019. It was packed with patient advocates, representing 31 different nations. On top of this we had speakers with vastly different backgrounds, covering a wide array of topics. The topics ranged from legislative issues or how we can start gathering larger quantity and more relevant statistics, to self-help apps (for ex. for those suffering of fatigue).

The purpose of YCE and this conference was to spread ideas, exchange experiences and empower members and participants. Armed with this new knowledge and fresh ideas, advocates can take the fight to their home arena. To fight for better care and support for all youths affected by cancer. 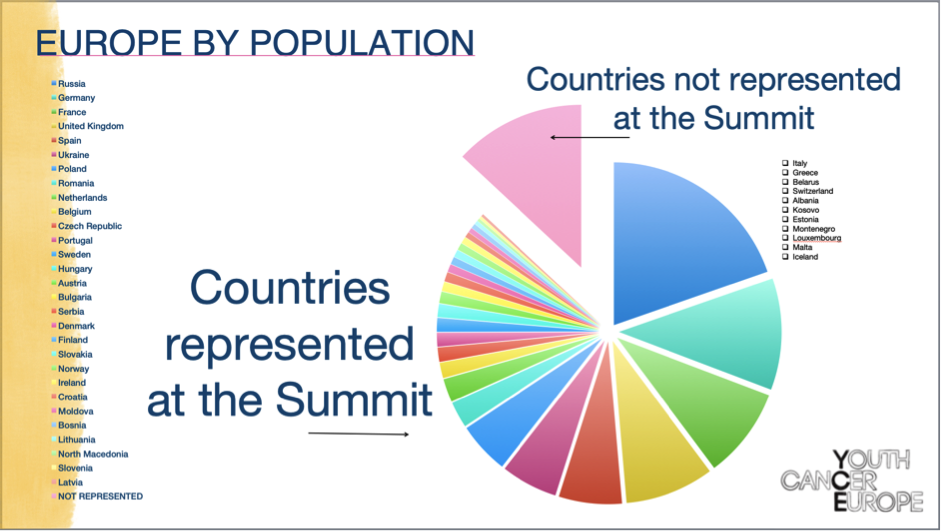 YCE has many initiatives planned over a four-year period. There are special projects, which cover key issues featured in the organisation’s white paper that was presented at the European Parliament last year. These include mental health, fertility, financial discrimination and essentials such as dental and reconstructive surgery being included in insurances, public or otherwise.

One of the main focuses of the recent Summit was Cross Border Healthcare and Financial Discrimination which started with the “the Right to be forgotten”, cancer criminals coup.

This is the first post in a small series in which I’ll comment and reflect on some of the information and ideas that were shared at the YCE Leadership Summit in Budapest, 2019.

Cross Border Healthcare is an active directive from the EU, specifically 2011/24/EU, that grants patients the right to seek healthcare services in another EU-member state.

This directive is important for many reasons. At its most basic, it means that patients have the right to receive healthcare services in any other EU-member state. However, it goes further and ratifies the absolute minimum quality of the care that a patient has the legal right receive in another member state.

This directive also requires Member States to inform patients of their rights regarding Cross Border Healthcare. Finally, it makes it easier for patients with rare diseases to seek help when their nation simply doesn’t have the expertise. It also promotes safety and quality standards of the care provided while also making it easier to collaborate between many different nations from a legal point of view.

One big issue is that few people know about this right. 49 % of citizens feel well-informed about reimbursement for healthcare services in their own country. In contrast, only 17 % feel well-informed about the reimbursement policy when seeking healthcare in another EU member state. This is just the beginning though, as you’ll see in the case study below.

Case 1 – Doctor Google to the rescue

The first case presented was that by Mariana Coutinho, Portugal. Mariana was diagnosed with a very rare type of sarcoma, specifically EHE, Epithelioid Hemangioendothelioma located in the liver. As initial treatment in Portugal, her physicians tried removing the cancerous tissue via surgery. Sadly, this didn’t work and she experienced a relapse within two months. Her physicians again suggested the same procedure. However, this time she also went online in search of a second opinion.

After spending a vast amount of time researching other more efficient treatment options, she found a physician in England who specialised in EHE. She contacted this physician and his plan would be to use a new technique that is far less invasive, called “Nanoknife”. It’s a technology where high voltage is passed through two needles that destroy cancerous tissue.

In order to be have her treatment paid for, Mariana first needed approval from physicians in Portugal. Sadly though, her physicians in Portugal were completely dismissive, refusing to help her pursue this superior treatment they could not provide in Portugal. It took Mariana eight months to find a physician that would sign the paper she needed to seek medical care in the UK. Mariana went to the UK, had the surgery and she’s still fine 18 months after the procedure. It did work out in the end for Mariana. While the cost of the operation was directly covered by her local hospital in Portugal (after waiting for the sign-off from the physicians), she still had to pay upfront for her flights and accommodation, which were later reimbursed to her.

Listening to this case study really highlights all the weaknesses in the system.

One of them is the research patients have to do, on their own to find the required expert. There are no data repositories readily available for patients (individuals, people) to easily find experts which in rare diseases is exacerbated even further. The patients are left to their own devices.

Moving on to the next stage, you also need approval from the state. Although they’re obliged to follow the directive, YCE members at the Summit had experiences that simply contradicted this. In the case of Romania for example, as exposed through another case study, there was no money left

allocated for Cross Border Healthcare at the time of one patient’s procedure, regardless of whether the physicians approved it or not.

Pay up-front, get reimbursed (and cost of travel)

On top of this, you need to pay for the treatment up-front. Seeing how a surgery can cost hundreds of thousands of euro, this could make this an impossibility for some. It seems very strange to me that this is how it works; they’ve already agreed to pay. I have my belief why this is, but I’ll skip speculating about it here.

Then there’s the travel costs. Flying back and forth won’t be cheap in itself. The same is true for housing as well, if required.

The intent behind the directive is to facilitate closer cooperation between member states in several areas, for instance eHealth and rare diseases. Unfortunately, the current implementation renders this directive close to moot.

We need a of central hub, a repository that lists all experts in various rare diseases to reduce the strain on already strained, severely ill patients. Individuals, human beings. This is at the very least what needs to be done. (YCE is currently constructing a hub of this sort.)

We also need to make sure that there’s a system in place where physicians refusal to sign the permit has a good cause for being denied. It can’t be about stubbornness or ignorance. Physicians should be obligated to state why they refuse to sign the papers, to the patient directly but also formally. We also need an independent body of experts, where patients can appeal the decision of the physician. These two initiatives would make sure that a physician will deny an application because it’s inferior or equal to what would be provided in the home state.

Then there’s the reimbursement system. It makes no sense to me that the system is rigged this way, other than bureaucracy. This is yet another burden an already burdened human will have to carry.

I’d love to see reimbursement for travel expenses as well. To state the obvious. I do hope it will become a reality some day.

Erik is a childhood cancer survivor and YCE ambassador from Uppsala, Sweden. You can find his personal blog (available in Swedish and English) here: https://www.livetefterbarncancer.se/en/erik-sturesson-cancer/