YCE hits the headlines at Untold 2018! 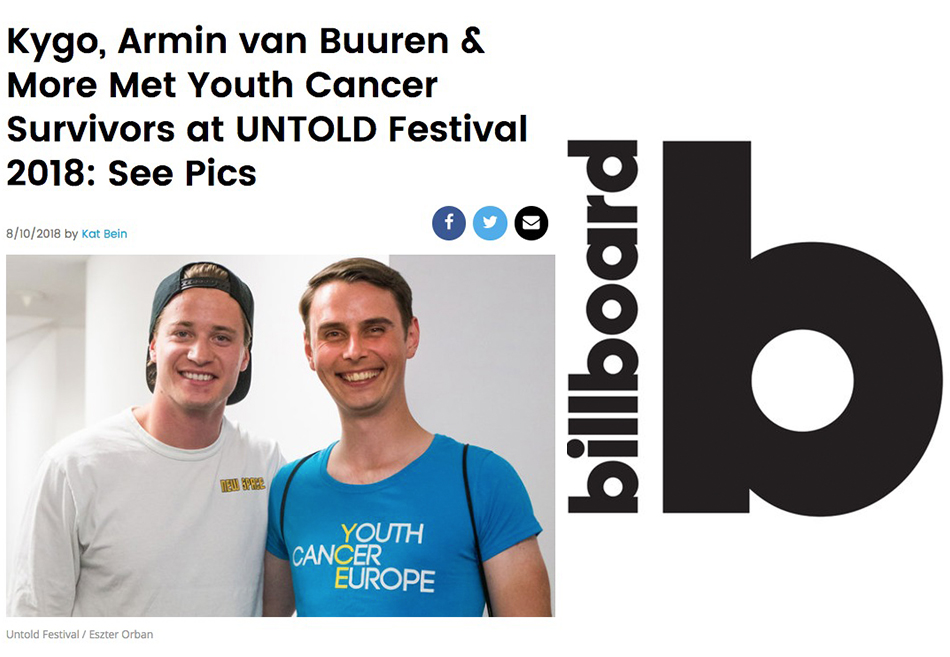 “It’s hard enough to beat cancer, but just because you’re in remission doesn’t mean your life is a cakewalk. There’s a level of anxiety that comes with surviving the disease that never really goes away. You’ve got to watch your diet and your health habits.You’re always on alert. Those powerful people deserve a break, especially the young survivors that still have their whole lives ahead of them.” – Kat Bein, Billboard Magazine

At this year’s fourth edition of Untold, Romania’s largest electronic music festival, some of the world’s biggest DJs including Armin Van Buuren, Afrojack, Kygo and Danny Avila greeted young cancer survivors from five different countries in meetings organised by Youth Cancer Europe, who specially flew the youngsters in for the occasion.

Our story attracted the attention of the world’s press, with an extensive article published in the homepage of none other than Billboard, the biggest music news website on the planet!

Check out the links below for some of the highlights: