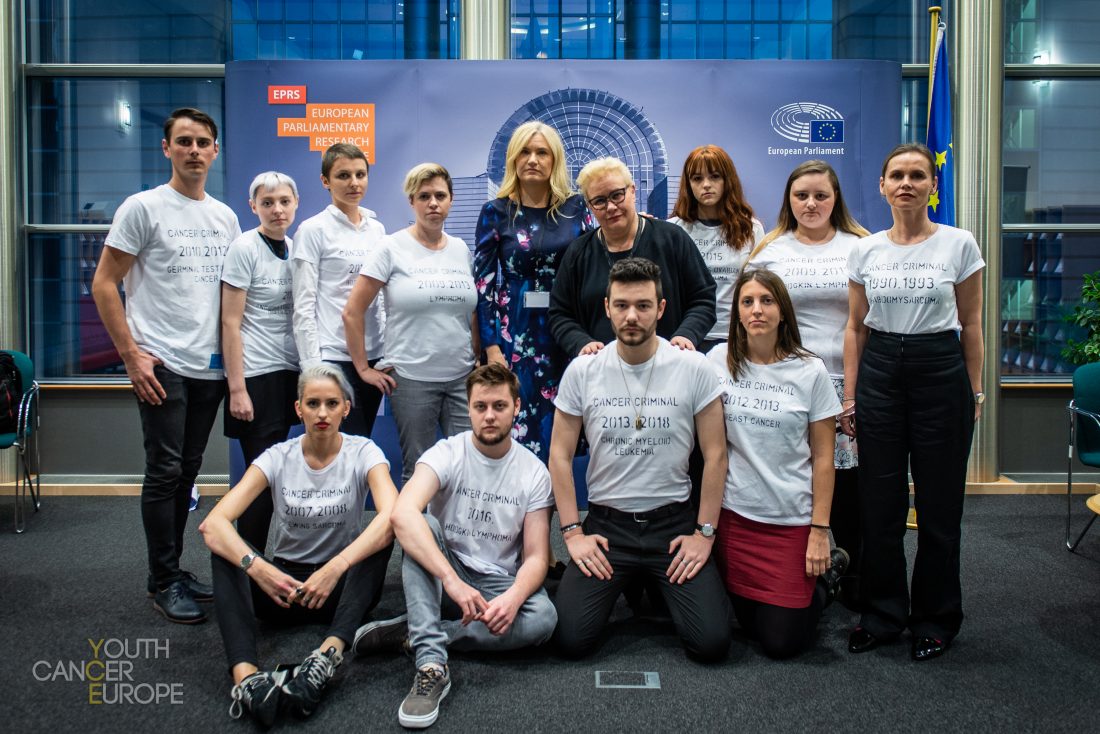 This week, Youth Cancer Europe hosted its first of five events at the European Parliament in Brussels, Belgium, to call for EU-wide legislation to put an end to financial discrimination faced by cancer survivors across Europe, under the banner of the “Right To Be Forgotten”.

Cancer survivors are effectively hindered by institutions at both public and private level from resuming a normal life following their treatment, with young survivors the most impacted. When it comes to financial products, this means either being denied or having to pay top premium rates for access to insurance, bank loans or mortgages; even decades after being given the all-clear. Currently, only France provides legal rights for long-term cancer survivors to no longer inform insurers or loan agencies about their diagnosis after a period of ten years after their treatment has ended, or five years for anyone who was under 18 when they underwent treatment for cancer. By comparison, convicted criminals already have the legal right to not disclose their criminal record following a set number of years, after having served their sentence.

YCE’s call to end financial discrimination against cancer survivors, urging national governments and financial regulators across Europe to extend and implement those legal rights already established in France, is the first of five measures included in YCE’s multi-faceted white paper, which was presented to an audience of insurance industry representatives, medical associations, pharmaceutical industry representatives and other policy influencers. Also yesterday and in time with Youth Cancer Europe’s event, Belgium announced its commitment to pass legislation for the “Right To Be Forgotten” by the end of this year.

YCE was hosted at the European Parliament by Sirpa Pietikäinen (MEP) and Cristian-Silviu Busoi (MEP).

The white paper can be downloaded here. 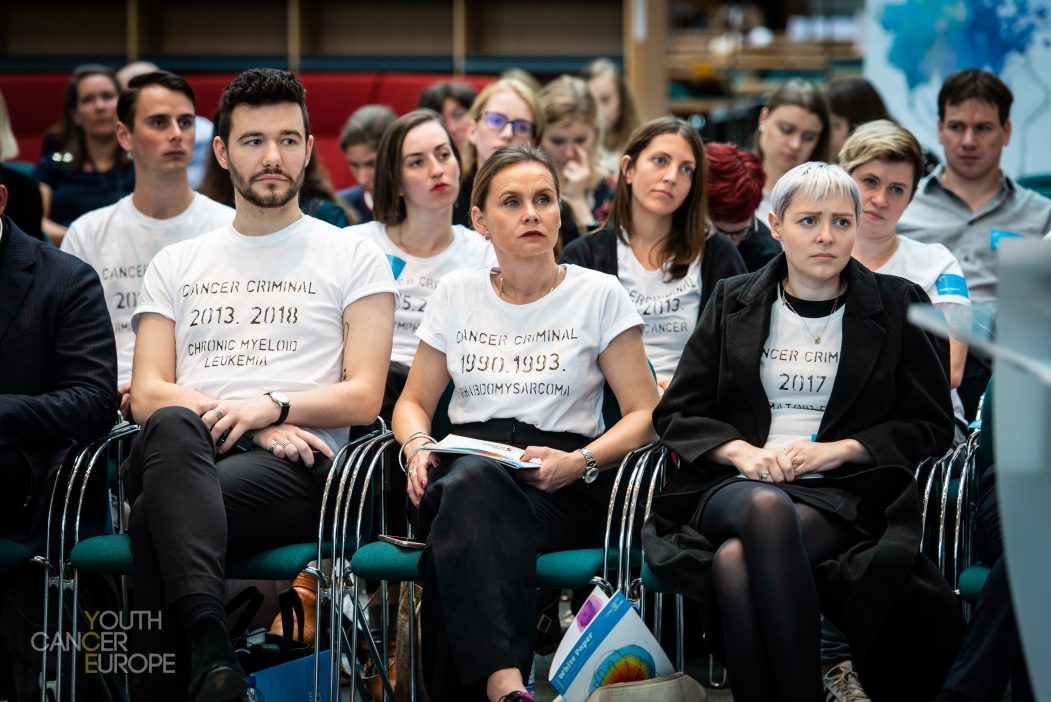 “Cancer patients and survivors across Europe need to know that they’re not alone in this fight. Today we have shown that we will do what is necessary to address key stakeholders and policy makers to ensure that those who live with cancer are no longer abandoned by their institutions and facing harsher discrimination than convicted criminals. France has already lead the way in showing that this can be done with supportive legislation, and we will continue to push until this becomes a reality for everyone in Europe.”
Šarūnas Narbutas, Youth Cancer Europe Chairman and President of the Lithuanian Cancer Patient Coalition (POLA).

“YCE was born of the need to not only address the key issues affecting young cancer and survivors across the continent, but also to give them a voice and help them become an active part of how cancer treatment and life after it is shaped for generations to come. We have fought a long battle to get to the European Parliament today, but this is only the beginning of a brighter future for all. Paving the way for survivors to resume a normal life after cancer, free of discrimination is just the start of it and we won’t back down.”
Katie Rizvi, co-Founder and Executive Director of YCE

The event was followed by a networking reception where key stakeholders had the chance to meet YCE members, including young survivors and patients under active treatment from around the European Union.

In addition to the “Right To Be Forgotten”, YCE’s white paper addresses four other key issues affecting young cancer patients and survivors across Europe, including an increase in access to fertility preservation, mental health support, availability of dental and reconstructive surgery and improving access to cross-border health services.

A special thank you goes out to our sponsors for helping make the event possible.